iPhone XR Won’t Turn on: Why Did it Happen and How to Fix It?

When Apple unveiled to users the three iPhone giants, many people were overjoyed. This is mainly because of the expected capabilities of such a device. Surely enough, the device exceeded the expectation of others, but there was a catch.

Considering how the device still in its early days, it is natural to encounter some issues. One of those issues is when iPhone XR won’t turn on. This article will be focusing on this underlying issue, including the reason why it happened and the possible solutions for this issue. Let’s start with the former.

Part 1. Common Reasons Why Your iPhone XR Won’t Turn On

There are many reasons as to why iPhone XR won’t turn on. To begin with, it may have something to do with your battery.

If the battery has run out, there’s a chance that it won’t turn on not because there’s a malfunction, it’s not turning on simply because it can’t due to the low battery.

In that case, this issue can be solved easily. But the thing is, it’s not that common for a low-battery iPhone XR to encounter this issue. There is usually a more severe reason, and that would be a defect in the hardware or software components.

It may be that the hardware is physically damaged. There are also cases where the software is simply having a malfunction. Nevertheless, there are ways to fix this. Let’s start with my most recommended fix when iPhone XR won’t turn on.

#1 Use a Specialized Tool

First off, when iPhone XR won’t turn on, your first course of action is to find the quickest way to fix the problem.

No matter how you look at it, the easiest way to solve the issue is by making use of a specialized tool. That is precisely why I recommend FoneDog iOS System Recovery. 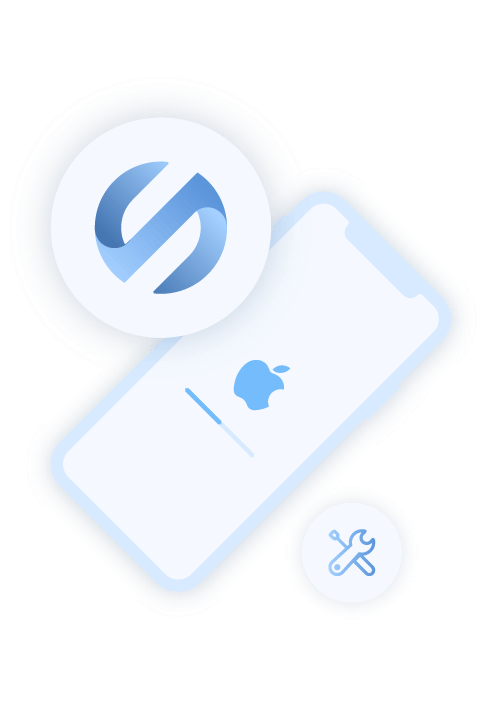 FoneDog iOS System Recovery is a tool that specializes in restoring a device in an event where it encounters a system issue. As the name suggests, it focuses on iOS devices. In other words, it is the perfect tool for the job. Here are the steps that you will need to follow:

Step 1. Set Up the Software

Connect your iPhone XR to the computer. Make sure FoneDog iOS Toolkit is launched before you do this. Now from the list of options, select iOS System Recovery. Next, select the issue from the selection. Finally, click on the Start button. 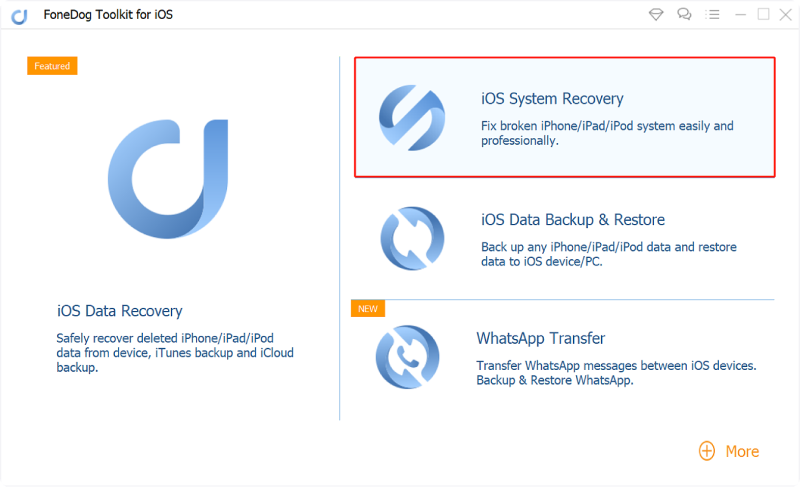 The next interface will provide you with four dropdown menus. Simply fill in these menus with the appropriate information such as Device Category, Type, Mode, and the likes. Once you’ve given the necessary data, click Repair. 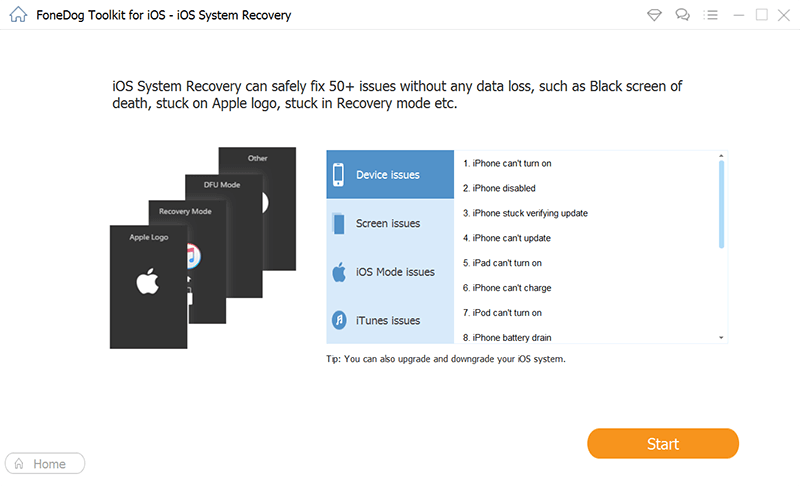 Step 3. Wait for it to Complete

The downloading of the firmware will start automatically, and afterward, the installation will follow. The only thing you need to do now is to wait until it is completed. Once it’s finished, unplug the device from the computer and the issue should be resolved. 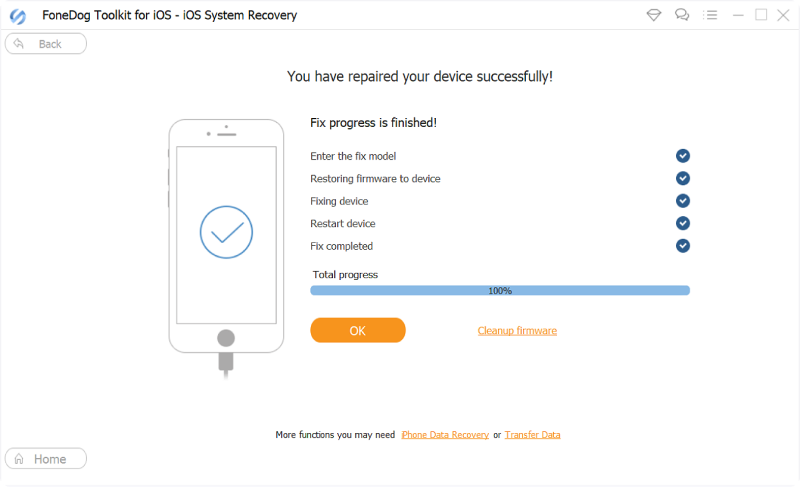 When iPhone XR won’t turn on, users don’t usually think of using a tool right away. This is because there are risks associated with its usage. As such, our next solutions won’t have anything to do with third-party tools.

As we have said before, one of the reasons why iPhone XR won’t turn on is the low battery. The reason behind this is that when iPhone, or any other gadget for that matter, boots up, they require the power to conduct all the tasks necessary.

As such, with a low battery, it may not be enough to turn on, leading to our current dilemma. Fortunately, the only thing you need to do to fix this is to charge the iPhone XR.

If possible, I suggest using the cable that came with the smartphone. This is perhaps the best way to charge your device.

Additionally, I suggest avoiding extensions and sticking to charging through wall outlets. That way, the charging speed would be considerably higher and in turn, the success chance would improve.

However, in some cases, iPhone XR won’t turn on not because of the low battery, but due to other things that factor to the startup failure.

There is a function that is called Force Restart. Basically, it is a function that allows users to completely restart their device, regardless of its current state. Doing so allows you to fix minor issues that are concerned with the improper bootup.

As such, even when iPhone XR won’t turn on, you can Force Restart the device. This will most probably aid with your mission to fix the issue. Here’s how you can do this:

This won’t affect the existing files on your phone. What it does is simply reset the state of your iPhone XR into how it should be. As such, it will restore the device before the point when iPhone XR won’t turn on. 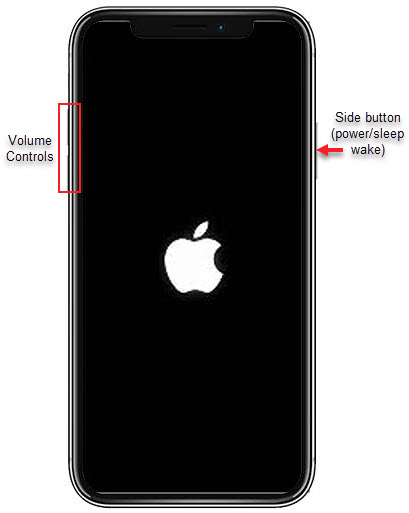 In our previous section, you have pressed a series of buttons to enter Force Restart. However, believe it or not, there is a workaround that allows you to enter another mode with those buttons.

This involves plugging in your device to a computer with iTunes opened. By doing this, instead of doing a Force Restart with the series of buttons, a wholly different function will be used.

It may not be as different from Force Restart, but it’s one more option to fix your phone when iPhone XR won’t turn on. Here are the steps you need to follow:

Note: If possible, use the cable that came along with your iPhone XR smartphone.

Note: This is basically what you did to Force Restart the device, except this time the device is connected to something.

With this, you will be able to restore your iPhone XR to the point before iPhone XR won’t turn on. So basically, it is the same with Force Restart, except that it is much more effective. However, it will also take longer.

The last function of your iPhone XR that can aid with solving your problem when iPhone XR won’t turn onis the DFU Mode or the Device Firmware Update mode.

This is basically the process of downloading a firmware that will update your iPhone XR, hopefully solving any bugs like what you are currently experiencing now.

The process may seem familiar since our first entry, using a specialized tool, follows the same concept. This time, however, you will be doing it without the aid of a tool. Follow these steps if you are ready:

With this, you should be able to do pretty much everything you need to do to solve the underlying problem. Remember that this is not guaranteed to get you out of the situation when iPhone XR won’t turn on.

In case none of the solutions worked for you at all, you have no choice but to rely on the help of the Apple staff. Through this link, you should be able to contact Apple Support and get help from them.

Unfortunately, there are only a number of issues that they can help you with. Here’s a look at some of those situations:

It may be worrisome, but you have no choice either way, so I suggest trying it out. This should at least prove to have some value to you now that you no longer have any choice.

There are lots of products of Apple, but the iPhone XR is one of the most powerful. However, it is also one of the most recently-released smartphones. Of course, there will be issues. The only thing you can do about it is to find out how to prevent those issues.

Since one of the most frequently-encountered issues is when iPhone XR won’t turn on, we have discussed everything about it. Now that you know why it happens and how to fix it, you should be safe from all the frustrations caused by this issue.

> System Recovery > iPhone XR Won’t Turn on: Why Did it Happen and How to Fix It?